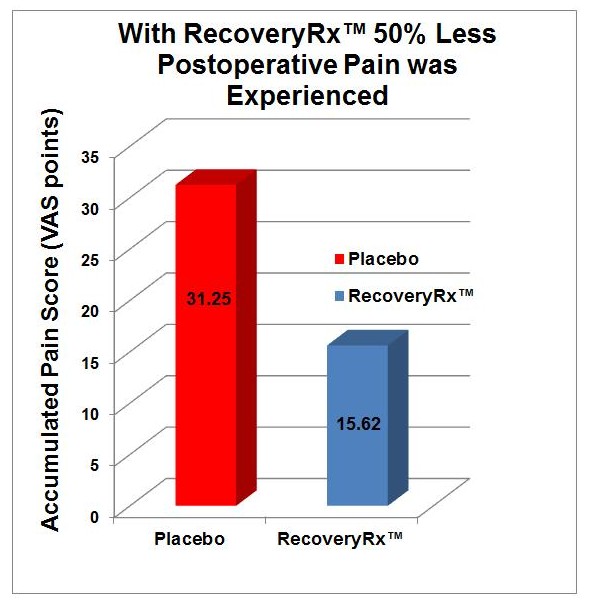 Operti & Tealdo March 2014
The purpose of this white paper is to report on the experience and on the clinical outcome resulting from the use of a wearable electromagnetic device (RecoveryRx Therapy by BioElectronics Corp., Frederick, MD USA) in post-operative implant patients and to evaluate the efficacy in reducing edema, inflammation and pain immediately after dental implant surgery. The device is known to promote faster than normal healing process, anticipating masticatory function.

Frederick V. Nicolle, M. Chir., F.R.C.S. and Richard M. Bentall, F.R.C.S.
Development of BioElectronics medical devices was based on the pioneering basic and clinical research by Dr Richard Bentall. In an initial study Dr. Bentall looked at the effect of radiofrequency electromagnetic fields on postoperative edema from blepharoplasty (eyelid surgery). This pioneering study was published in the Aesthetics of Plastic Surgery.